Algonquin Park was established in 1893 to provide a wildlife sanctuary, and by excluding agriculture, to protect the headwaters of the five major rivers which flow from the Park.

Soon it was “discovered”, at first by adventurous fishermen, then by Tom Thomson and The Group of Seven artists. Over the years the Park has earned unconditional devotion and worldwide fame.

15 Hiking trails from casual to ambitious

Canoeing from paddle to portage

Wildlife spotting from loon to moose

The Park contains numerous historical and archaeological resources and has inspired more than 40 books, 1,800 scientific papers, a dozen films, a symphony, and the art of Tom Thomson and the Group of Seven. It also provides many opportunities for visitors to appreciate the Park’s natural setting while enjoying numerous recreational activities.

For most of Algonquin’s history, human settlement was not a very important element. Scattered family groups of aboriginal peoples came to fish, hunt and pick berries, but their numbers were never large.

Fifty-three species of non-domestic mammals have been recorded within the boundaries of Algonquin Provincial Park. Of these, several are large, impressive mammals that many people hope to see while they are here – Moose, White-tailed Deer, Beaver, Black Bear, and Wolves usually top the list. Algonquin Park is unequaled in Ontario, perhaps even in North America, as a location for seeing Moose. The other species, although common, are usually more difficult to find in Algonquin’s heavily forested terrain.

Below is our holiday which includes Algonquin Park

Best of the East Fly Drive 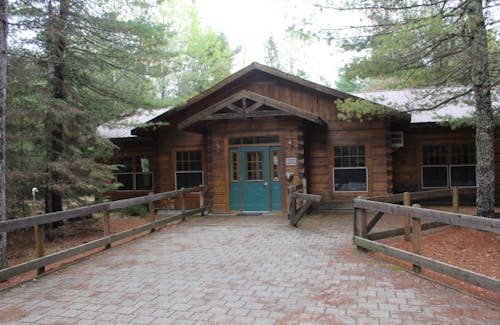