Set in the heart of the Frontier, amid lakes and rolling ranchland, Williams Lake has been the focal point and service centre for the ranches of the Cariboo and Chilcotin regions since the turn of the century.

The founding of Williams Lake can be traced back to a single building in the Glendale/Comer area, a tiny chapel built in a Shuswap settlement in the 1840s. With the influx of European fur traders and gold prospectors, the church and the encampment flourished to become a small service centre.

Initially bypassed in 1863 by the Cariboo Wagon Road, and all the lucrative traffic that passed along it, Williams Lake’s recovery was launched with the arrival of the Pacific Great Eastern Railway in 1919. A village soon appeared, and prospered, around the train station, which still stands at the foot of Oliver Street.

Williams Lake persevered to become the modern commercial centre and transportation hub of the historically famous Cariboo. The town retains that magical ‘western frontier character’, in a relaxed and friendly atmosphere. Its central location, at the junction of Highway 97 to the north and the Bella Coola highway (Hwy 20), makes it an excellent place from which to foray into the surrounding regions.

From here you can explore the cedar forests of the gold rush country to the east, travel west to the Pacific Ocean over the vast expanses of the Chilcotin Plateau, venture north to Prince George and beyond to Alaska, or head south to the Okanagan and the Lower Mainland 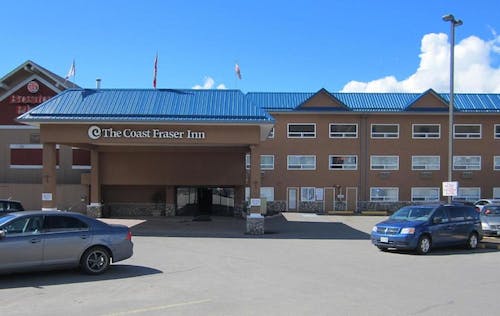