Portland, Oregon’s largest city, sits on the Columbia and Willamette rivers, in the shadow of snow-capped Mount Hood. It’s known for its parks, bridges and bicycle paths, as well as for its eco-friendliness and its microbreweries and coffeehouses. Iconic Washington Park encompasses sites from the formal Japanese Garden to Oregon Zoo and its railway. The city hosts thriving art, theatre and music scenes.

Set against the backdrop of majestic Mount Hood, Portland combines a sophisticated, cosmopolitan atmosphere with a refreshingly friendly, small-town warmth
The city is very conscious of its effect on the environment and is one of the greenest cities in the world. Many people here cycle more than they drive, do a lot of walking and participate in farm to table dining.

One of the city’s biggest annual events, the downtown Waterfront Blues Festival attracts thousands of blues fans from around the world. It’s also the best perch in town to catch Portland’s July 4 fireworks, but many of Portland’s parks, like Mt. Tabor, Sellwood Park and the International Rose Test Garden, are also excellent choices. You can also score prime viewing at Oaks Amusement Park, where rides and roller skating hours are extended for visitors that want to watch the waterfront fireworks show, but linger afterwards for some classic summertime fun.

Below is a small selection of the Portland holidays we offer. If you would like us to create a USA holiday including Portland just for you, give us a call.

9 Nights from Call Us 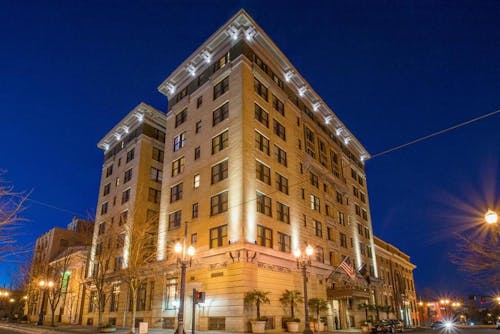 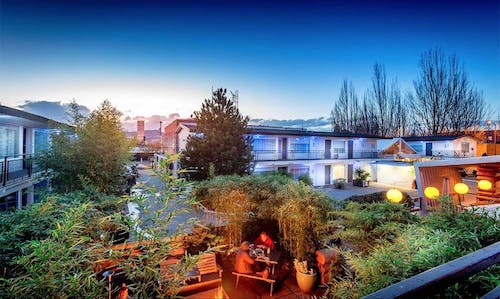