“The Queen City”, “Crown Town,” “Buzz City,” “The QC,” “home”—whatever you call Charlotte, welcome. We hope you’ll stay a while.
But whether you’re here for a pinch or have planted roots, we invite you to fall in love with the city in all the ways we have.

From the diversity of the residents to the colourful history, which you’ll find represented in every corner, Charlotte is a melting pot.  The city is a blend of inventive chefs, talented artists, fierce athletes and mission-minded gamechangers. It's equal parts funky and eclectic, traditional and charming. It's a mix of night owls, early risers and all-day adventurers.

Want a taste of the town? Order a plate of barbecue or a banh mi sandwich from one of the food trucks roaming the streets. Admire the rare artwork housed in the many museums. Snap a selfie with an 18th-century statue. Sip something crafty at a South End brewery. Take in a Broadway show in Uptown. Shop stylish threads in South Park. Scale Crowders Mountain. Ride the Booty Loop in Myers Park. Groove to live music in NoDa. Toast cocktails in Plaza Midwood. Get behind the wheel of a race car in Concord. Celebrate at a cultural festival in Dilworth.

Charlotte was founded by European settlers in 1768, when King George III still ruled the Colonies. They named the new hamlet after the King’s wife, Queen Charlotte, and gave the surrounding county the name Mecklenburg in honor of her majesty’s birthplace in Germany. Today, find statues of the queen on North College Street and in front of Charlotte Douglas International Airport.

Experience it: Follow Uptown’s Charlotte Liberty Walk, a series of bronze plaques and monuments that detail the city’s vital importance during the American Revolution, or the Trail of History on the Little Sugar Creek Greenway, which highlights the key people who’ve contributed to the area’s growth 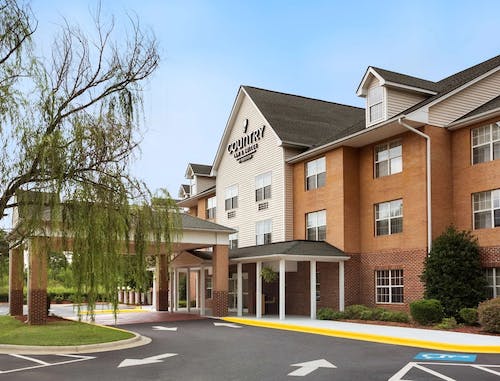